I started my weekend with AMI on friday night

Only 15 seconds after ME had finished performing.

15 seconds after me and the gank danced like hell (coz it was fukkin boring and every musicians acted like they dont appreciate what they’re watching, so i guess we took matter to our own hands and lit up the joint)

15 seconds after the joy, comes the rain…

The news got in…

Im bummed not because i lost.

But none of the Rizky Rekordz roster won.

I have no doubt.

Its just that when you we’re hoping and it didnt happen, it will leave a bitter taste in your mouth.

I woke up late and got another news.

Rully, a friend of mine reported Detroit’s Loss at the Play Off.

And after that, a bigger shocker …

Death is for sure inevitable.

You know its coming.

Perhaps you even see it coming.

To you, or to the ones you love.

Its another hard proof that not a single thing in this world last forever.

But still, why are we never ready for it?

Why do we cry, still.

I lost a huge hero of mylife.

When i heard the news, i wasnt shock, nor surprised, but i was in many ways, sad.

He gave me “normal” when “normal” was present in my family.

I had a place to go.

A place to be.

Everyday with him was always a party.

I’ve been living under him since i can remember.

Every great meal, every great dinner, everything.

Now he’s gone and i cant help but cry when i first saw him coming from the hospital.

I kissed his cheek.

I said thank you and goodbye…

YOU CANT MEASURE THE HUGE HEART OF MANCHESTER UNITED!

I woke up on Sunday, feelin good.

It wasnt a sad day anymore.

I feel the loss, but i wasnt mourning.

In fact, i was happy to meet family members that i havent met in years.

I went home, had a nap with the family, woke up and arranged a date with my wife.

A part from the fact that it was a funny movie, the 3D experience was quite cool.

I dont remember the last time i watched 3D.

Well, actually i do.

We snuggled and played around until the night was telling us three to go to sleep.

And so we did.

When i woke up this morning, i thought about what happened in the weekend…

My weekend, was a perfect portrait of life…

You had ups, and you had downs.

In the future, its the only 2 thing that will remain constant. 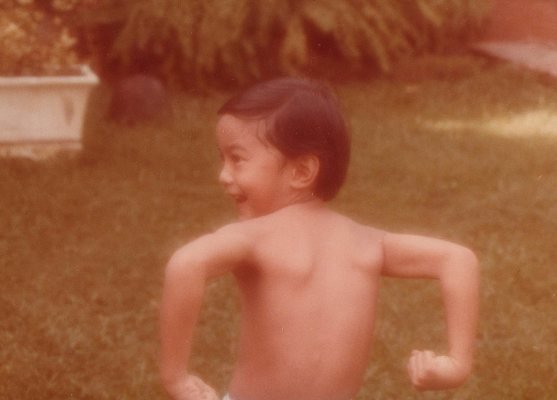