Finally, i have finished recording.
Its a very long process.
But im proud of it.

I know its a great album, how do i know?

My wife said so.
I trust her.
She listened to my tracks such as SUPERSUGARCANE MAN, CALVIN AND SUSIE, BABYPLUM, GBK, and whacks my arms screaming
“ANJRIT MAS, KEREN BANGET”
Before you judge, i will attest to the fact, that my wife doesnt compliment.
For instance, she said i would lose AMI 2009.
I was shocked to hear that, but she was right.
She said i wouldnt win anything in PANASONIC AWARD even though Hole in the wall was nominated.
She was right.

So when she finally gave such positive rating on my album, i know she really meant it.
It is dope.

I always say, it will never be just one album out.
I will put out another album, and another, and another…
My concept is, treating like a trilogy.
Its a trilogy album

My closest friends know, that i have always been involved with love affairs.
The ones who’ve been with me, knows that i have a strong interest in sex 🙂
In the 2nd album i recorded more songs that involved memories of my relationship, and involves more sex.
The undertone is that this album is really for a more mature audience.
One of my song, titled SUPERSUGARCANE MAN is sorta like John Mayer with his YOUR BODY IS A WONDERLAND and Jason Mraz’s BUTTERFLY.
In that song i try to tackle on how would it sound like, if i have a song, talkin about sex. The process of making out.

The 2nd album is autobiographical.
You can see more of the arc of the story
You can see the growth and the new technology applied in the 2nd
You’ll hear music that you havent heard of in my 1t album.

I found out more of myself in the process of this album.

I recorded 2 songs, that are the darkest songs i have ever recorded.
Both are recorded in one streak.
By means i didnt stop and continue.
One of the song, i recorded in 1 take. That song, actually made me cry recording it.
The other song was about anger. I was so angry, you can hear it in my voice. I even dropped the F bomb.
SOmething of which i didnt know had the urge to say it especially in song.
I was so mad recording it, that i trembled.

But after recording 17 songs, i picked 14 of the best track, and decided not to include those songs in my 2nd album.

But the strongest point from my album is, that’s its never just a music, its the message inside.

This time, its less provocative, but its more inspiring.

Means, being inspired, being touched by someone, being in and out of love.
The album explains in many angles of how being inspired (by someone) might bring you back to life.
So if you were provoked by me, if you used your head to digest my songs in the 1st album, its going to be different with the 2nd album

Open you heart, and understand my songs.

Be inspired, no longer be provoked.

Surely, you’ll appreciate the quality of this album

Do you know how i know that this is goint to be a better album than the 1st?
Because making it is harder.
It involves creating more songs
It involves pain
It involves feeling
It involves more time.
The Pandji i am today is different from the 1st
The 1st album brought new things to life. So i am more busy. And with Drusteelo and Tabib Qiu along with Ms JayDee being succesful
with Boogietime and Ingin Dicinta, also Soulbrothaz and Larry are tied up with their own projects, its tougher to find time for us to
be together

Funny subject.
Let me ask you this
“How many album sales you have to make to be known as a succesful musician?”

The numbers will change!
Ask everybody in the industry, the standard for GOLD and PLATINUM changed!
It became fewer.

Usually, “success” means selling 1 million copy.
Now, if you can actually reach 750.000 you’d be considered a superstar.
So then what? in 2050 someone sell only 100.000 copy and you dont consider him/her succesful?
That’s stupid.

So what are the real standards of success AS a musician?

The numbers game will change, but you know what will stay the same?

Im not in hiphop to be rich, if i wanna be rich, i’d form a band, or maybe sing dangdut and pretend im gay.

Im in hiphop because i want to inspire.
I want to move people.

ASk your self “Kenapa ya Pandji ngerap?”

Really, ask yourself that.

“Kenapa Pandji ngerap?”
“Biar kaya?” Hiphop ga ngejual.
“Biar aji mumpung dan memanfaatkan momen dan jadi lebih terkenal?” Hiphop ga dapet exposure.
Ask yourself that question and collect as many answer as you can find, and the reason that make sense of all,
is that i want to inspire.
I want to put out my message to my country.

You dont believe me, thats ur problem, i dont have anything to do with what you think.
I’ll do what i wanna do.

So the 1st was provocative
The 2nd is Inspiring and heartfelt.
What’s the 3rd going to be like?

Dont worry on that
Worry on having the 2nd AND the 1st if you havent got any.
Coz i have a feeling that people are rushing for it 🙂 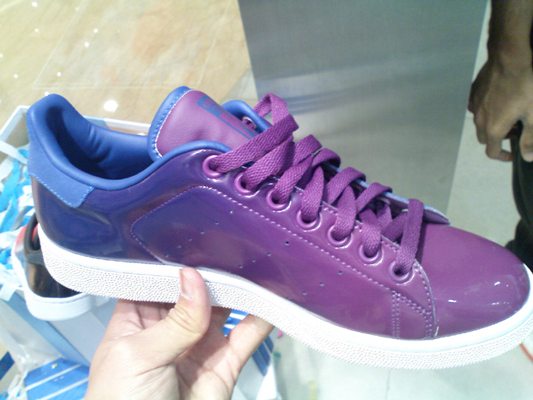 PS: BABYPLUM will be out on radios NEXT WEEK. This time, its for real, my team is handing it to radio stations. Hopefully, even though
i am working for a certain radio station, they’ll be willing to play my song… What you can do, is ask for them to play.
If you demand it, hopefully, they will air it.